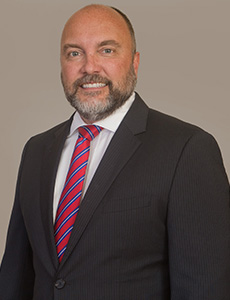 Rodrigo Dias has been representing clients throughout the San Francisco Bay Area in family law matters since 2007.  He began his legal career as a partner at Ragghianti Freitas LLP in San Rafael.  In 2011, Rodrigo started the Law Offices of Rodrigo Dias, focusing solely on family law issues until he joined C. Clay Greene, Beth Jordan, and Romy Taubman to form Greene Jordan Taubman & Dias, LLP, which later became Greene Tuabman Dias & Chernus, LLP, when Renee Chernus joined the firm.  Rodrigo represents clients throughout the San Francisco Bay Area.  He has represented clients in every county of the Bay Area and has appeared before the State Appellate Court in San Francisco.

Rodrigo has been interviewed for various publications, including a recent podcast on the legal implications of infidelity.  https://www.mariemurphyphd.com/post/legal-implications-of-infidelity-with-rodrigo-dias

Rodrigo is certified as a Family Law Specialist by the State Bar of California, Board of Legal Specialization.  He has acted as a settlement conference panelist for the Marin County Superior Court to help resolve property division, spousal support and custody matters.

Rodrigo earned his law degree at the University of San Francisco in 2007.  He also holds a Master of Science degree in Clinical Psychology from San Francisco State University.  Rodrigo obtained his undergraduate degree at the University of California, Berkeley in 1998 where he majored in Psychology with a minor in Philosophy.  Rodrigo’s education and training in mental health has assisted him in resolving many family law matters.  Rodrigo also served four years in the United States Marine Corps Reserves during and after college.  He and his husband are active within the Marin Foster Care Association.