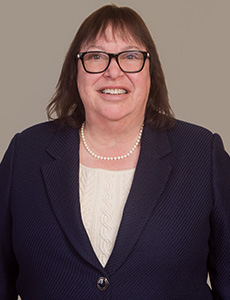 Renée Chernus has been practicing law in Marin County for forty years.  She grew up in Bergen County, New Jersey, and moved to Marin County after earning her JD at New York Law School in 1979.   She earned her undergraduate degree at Syracuse University in 1976.

Renee became a certified specialist in Family Law  by the California State Bar in 1999.   Since 2005 she has been a Fellow in the American Academy of Matrimonial Lawyers, and has been recognized annually on the Northern California Super Lawyers list published by Thomson Reuters and San Francisco magazine. She has also been awarded an AV Preeminent® Peer Review Rating from Martindale-Hubbell, the highest possible distinction for legal ability and ethical standards.

Renee works as a private mediator and a Private Judge Pro Tem and discovery referee.

After years of a solo practice, Renee merged her practice with the firm of Greene, Taubman and Dias, reconnecting with C. Clay Greene, who was her first employer in Marin County.