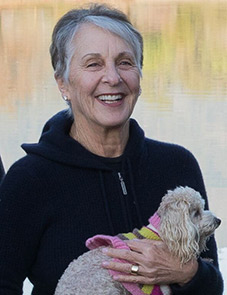 Madeleine has practiced family law since 1977, originally with Diamond, Bennington & Simborg and then as a solo practitioner before forming Simborg • Killingsworth in January 2004. Madeleine has been a Certified Family Law Specialist since 1983. After 25 years of a traditional family law litigation practice, Madeleine now limits her practice to mediation, private judging, and consultations. Widely considered one of the finest private judges and mediators in California, Madeleine has been listed in "The Best Lawyers in America" every year since 1991 and in Super Lawyers (Northern California) every year since the inception of that publication. She has been named one of the top 50 women attorneys in Northern California. Madeleine was recently selected as the Bay Area Family Lawyer of the Year for 2016.

Committed to improving the practice of family law and education, Madeleine was President of the American Association of Matrimonial Lawyers, Northern California Chapter in 2000; she served on the Board of Governors of AAML in 2003-2004; she served on the Board of Directors for the Family and Children’s Law Center, including as its President. She has been a regular lecturer for the Continuing Education of the Bar (CEB)’s Recent Developments in Family Law (1986-2013).